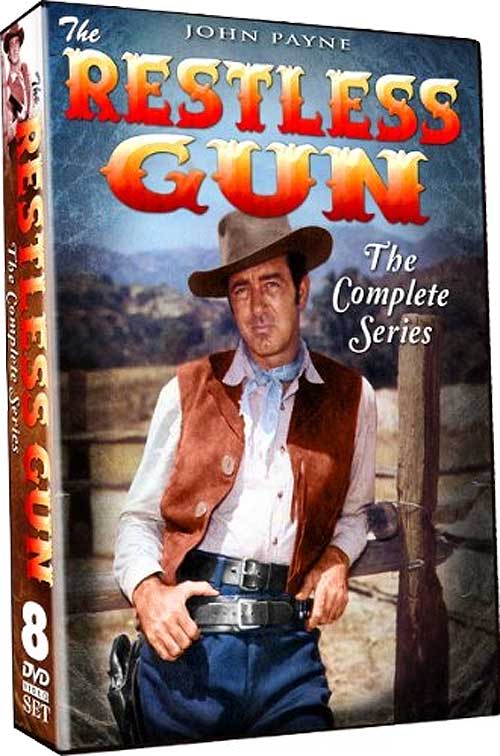 The Restless Gun is an American western television series that appeared on NBC between 1957 and 1959, with John Payne in the role of Vint Bonner, a wandering cowboy in the era after the American Civil War. A skilled gunfighter, Bonner is an idealistic person who prefers peaceful resolutions of conflict wherever possible. He is gregarious, intelligent, and public-spirited. The half-hour black-and-white program aired seventy-eight episodes. Jeanne Bates appeared in varying roles with Payne in five episodes of The Restless Gun.