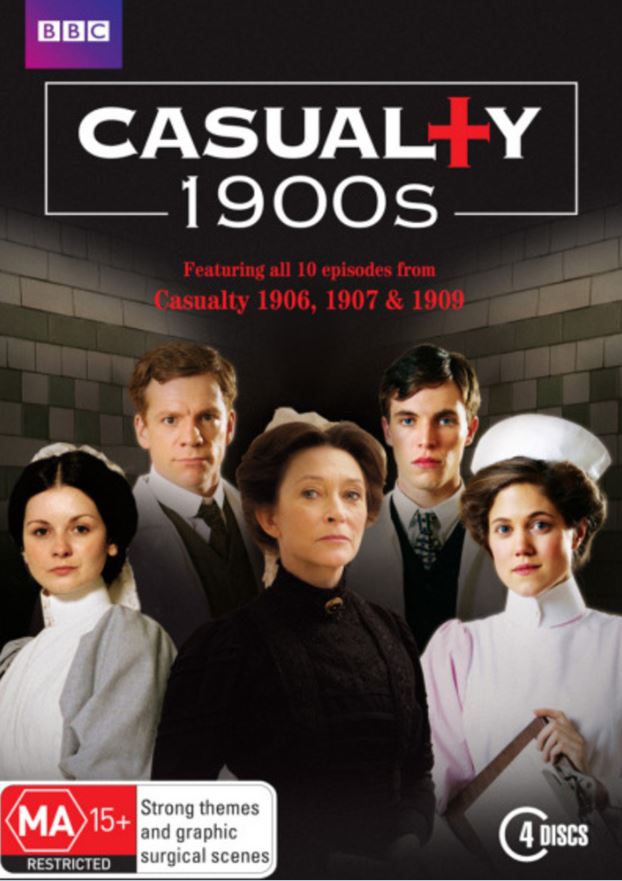 Casualty 1906 was a spin-off from the popular BBC medical series Casualty, and was set in The London Hospital in the East End, but 100 years earlier.
This episode was eventually followed by Casualty 1907 and Casualty 1909.

Casualty 1907
Drawing from actual case notes, ward reports, medical records, and autopsies performed in 1907, thijs series brings the world of The Royal London Hospital in 1907 back to life. This series is a follow-up to the December 2006 series Casualty 1906.

Casualty 1909 is the latest 6-part series for the highly successful Casualty 1900s strand on BBC ONE. It follows on from CASUALTY 1907 and Casualty 1906 Dramatised from original hospital records, private papers and newspaper stories CASUALTY 1909 is set in the London Hospital in the dangerous, desperately poor East End. Revolution is in the air. Anarchists are suspected of ‘outrages’, Suffragettes are violently protesting, the hospital itself is under attack from animal rights activists. The London is on the frontline in an age of radical change.