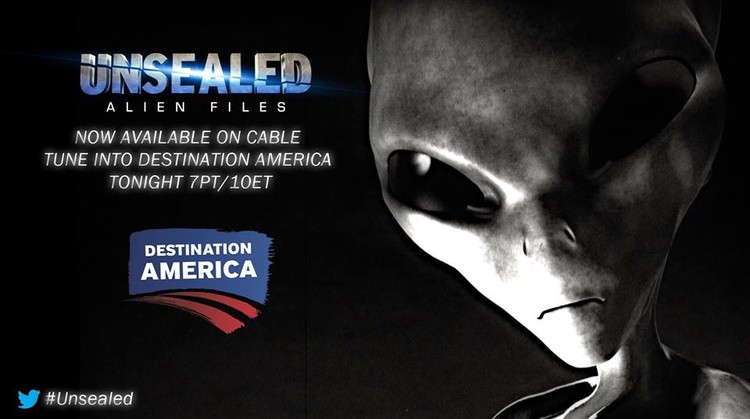 Unsealed: Alien Files investigates recently released documents regarding alien and UFO encounters, made accessible to the public in 2011 by the Freedom of Information Act. Each week, Unsealed: Alien Files tackles one compelling alien case by opening these previously off-limits secret files. Based on the newly discovered information the show re-examines key evidence and follows developing leads.

Unsealed: Alien Files investigates mass UFO sightings, personal abductions, government cover-ups and breaking alien news from around the world. We delve into the "photoshopping" of space, the value of Wikileaks, and the role social media plays in alien stories. Finally, we examine these newly released documents to see how alien visitations may have affected our past, and what influence they may have on our future. This show will have believers wanting more and skeptics questioning their long held beliefs. Unsealed: Alien Files … exposing the biggest secret on planet Earth.