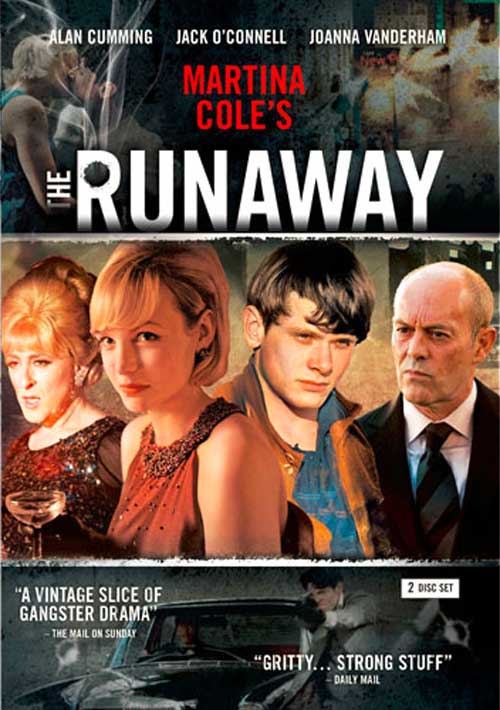 Set in the sleazy, gritty world of 60s and 70s London, The Runaway focuses on the doomed romance of East London kids Cathy Connor (Joanna Vanderham) and Eamonn Docherty (Jack O’Connell). While unrelated by blood, they live as brother and sister growing up and embark on an illicit secret relationship. The couple are torn apart when Cathy is sent into care, but she manages to escape and finds her way onto the streets of Soho. Befriended by colourful transvestite Desrae (Cumming), Cathy grows up in the heart of London’s underworld, while Eamonn is drawn into a life of crime and ultimately flees to New York. The pair are finally drawn back together in the midst of the nation’s impending future, but their future is far from safe.